December is a busy month for the Japanese

In Japan, December is informally known as ‘Shi-hasu.’ This expression, meaning ‘Running teacher’ gets its name from the notion that everyone is busy, even teachers who usually have life quite easy, are rushing around. We also mark December the 31st as a day for finishing up the left-over jobs for the year and getting ready for the coming New Year. This is all because these customs have been in place for a long time.

Merchants all over Japan see December as an opportunity to make the biggest profits of the year. Christmas songs and jingles resound on shopping streets and department stores. One important custom at the end of the year is to give gifts known as ‘Oseibo’ to our bosses and companies with whom we have done business. These gifts are mainly food which people can enjoy over the New Year’s period. 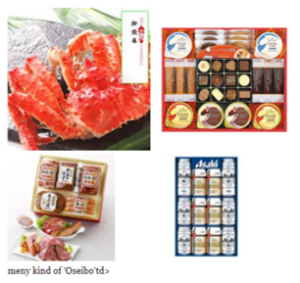 The New Year’s period is also important for ‘Year’s End Parties’ with friends and colleagues as a chance to reflect upon the year’s highs and lows. People go to hotels and such. As Japanese people have a particular fondness for this kind of get together it happens all year round but there is a special bonus in. 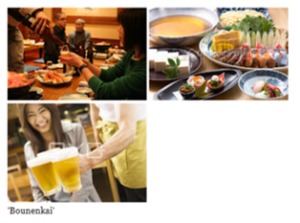 December for employees and people has lots of informal and casual parties with different groups of friends. Families let each other do their own thing at this time of year as parties have been the done thing for a long time. After these parties, even when the hangovers have not eased off, the big clean-ups of the house and office begin. This is a special clean-up, designed to draw a line under the passing year and let us begin the new one with a clean slate and the whole family and company pitches in and works together as equals. 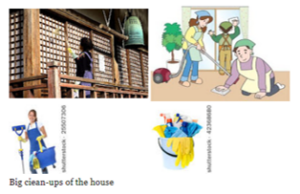 January 1st makes the start of the longest holiday of the year; companies pull together and set lofty targets aiming to beat the sales of the previous year. Of course, along with sales an accumulation of capital funds is expected. This is really tough in Japan. The majority of smaller companies with less than 50 employees are straggling with debts and in the red.

For this reason, the people who cannot pay debts off by the end of the year go round hanging their heads and there are always a number of people who commit suicide under this pressure at the end of the year. The end of the year also has the highest frequency of bag snatching incidents and robberies. However, once we pass the 31st of December, lender ease off and do not chase up payments until the middle of January.
This means that borrowers can take it easy over the New Year’s period.

Ordinary Japanese people listen to the sound of the ringing temple bells and eat ‘New Year’s noodles’ on the 31st of December and watch game shows on TV with the family.

With regard to ‘New Year’s noodles’, they are chosen as a special food because they are easy to cut and this goes with the image of cutting away the bad things of the previous year and welcoming the new. The temple bells are struck in temples all across Japan 108 times as according to Buddhism, this is the number of worldly desires that are in men’s souls and striking the bells drives away. People pray before the bell and after ringing it 107 times, the 108th is to see in the New Year.

We also have the ‘Red and White Singing Contest.’ The national television station gathers male and female chorus members from all over Japan and splits them into 25 male groups and 25 female groups as red and white respectively. Men across Japan support the men in white while ladies support the girl in red. The contest lasts for 2 hours and 45 minutes. This contest was first held in 1945 with the famous personality Furukawa Rappa and actress Mizonoe Takiko presenting the show. This came just months after Japan’s defeat in the War and was intended to lift the spirits of the downcast Japanese people. As of now, it is now in it’s 65th year and is hugely popular. 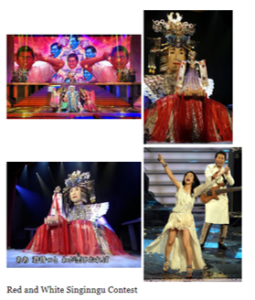 In the last ten days of December, butchers, fishmonger, grocers and the like lower their prices to shift the stock that is left as it will cause a loss if it goes unsold by the end of the year. 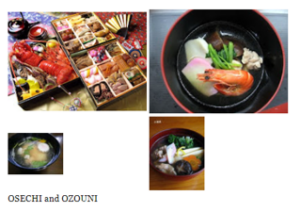